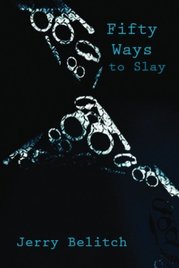 Fantasia Seele has always been naive, but nothing can prepare her for the day she meets notorious serial killer Tristan Shay. Tristan leads a disturbing lifestyle, and has a dark past to go along with it. From the moment the two encounter one another, it's love at first sight, and the killer agrees to take Fantasia under his wing and introduce his new protege to his sick world. While learning more about her new man and the lifestyle he's created for himself, Fantasia soon finds they share the same violent tendencies, and bond over Tristan's preferred sexual method, necrophilia, becoming inseparable in the process. A parody of the wildly popular Fifty Shades of Grey trilogy, Fifty Ways to Slay tells a twisted love story that proves no matter what your background, we can all be seduced by the dark side. 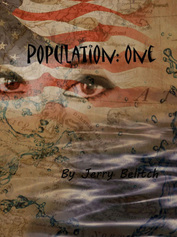 A satire about the 2008 presidential election, Population: One tells the story of the well-intentioned, but slightly clueless, Tara Haylin as she sets sail with her parents through the Atlantic en route to the Bermuda Triangle in an effort to debunk all of the surrounding myths about the area. After a tragic boating accident leaves her orphaned and washed ashore a sand marsh in the middle of nowhere, republican presidential hopeful Ron Rogaine, and his wife, Trisha, crash-land on the same turf while traveling to the Bahamas and pluck her from obscurity into the public eye by convincing her to join Ron's campaign as his running mate. Ron's opponent, the democratic nominee Jermaine Intesh, along with his running mate, senator Moe Trident, refuse to sit idle and let Tara's youthful good looks deter the voters from Ron's incompetence. In a desperate attempt to regain the public's trust after a campaign event goes horribly wrong, Jermaine devises the perfect plan that will not only guarantee him victory, but will also give history a rewrite and change the United States of America forever.